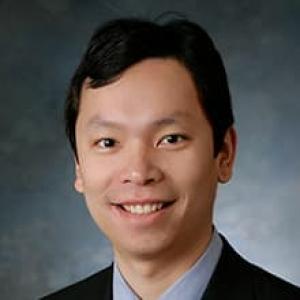 Hoang N. Le, M.D., completed his training in general neurosurgery at The University of Chicago with proficiencies in both spinal and cranial surgeries. In addition, he finished fellowship training in minimally invasive and complex reconstructive spinal and peripheral nerve surgery at Stanford University. He is knowledgeable in all aspects of spinal instrumentation and is capable of treating all spinal disorders. Dr. Le uses cutting-edge minimally invasive techniques to treat both spinal and cranial disorders and believes in a cosmetic closure for all of his patients. He is a perfectionist with high standards for patient outcome and satisfaction. Above all, Dr. Le enjoys the interaction that he gains from each patient and provides the time necessary for effective communication.

In his free time, Dr. Le has an active life with his wife and four children. He is also a fan of all outdoor activities.